Showing posts from September, 2019
Show all

7 Smart Ideas for the End of a Kitchen Island

Climate Risk in the Housing Market Has Echoes of Subprime Crisis

September 28, 2019
Banks are shielding themselves from climate change at taxpayers’ expense by shifting riskier mortgages — such as those in coastal areas — off their books and over to the federal government, new research suggests. The findings echo the subprime lending crisis of 2008, when unexpected drops in home values cascaded through the economy and triggered recession. One difference this time is that those values would be less likely to rebound, because many of the homes literally would be underwater. In a  paper  to be released Monday, the researchers say their findings show “a potential threat to the stability of financial institutions.” They warn that the threat will grow as global warming leads to more frequent and more severe disasters, forcing more loans to go into default as homeowners cannot or would not make mortgage payments. “We’re talking about a loss that’s going to be borne by United States taxpayers,” said Amine Ouazad, a professor in the department of applied economics at
Post a Comment
Read more

September 27, 2019
Within the next few weeks, the governor is expected to enact rent control in California by signing  Assembly Bill 1482 . That means the state would begin to regulate how much your rent can increase every year, limiting it to 5 percent, plus the local rate of inflation. Once signed, the measure would take effect January 1 and expire in 2030 (unless lawmakers vote to extend it). “AB 1482 puts teeth in tenant protections without taking an unreasonable bite from property owners,” Assembly Speaker Anthony Rendon (D-Lakewood) said in a statement earlier this month, when the  Legislature approved AB 1482 . “This moves us forward in battling escalating housing costs.” The deadline for the Gov. Gavin Newsom’s signature is October 13. He has said he will sign it. The legislation is called a “rent cap” bill—not a rent control bill. Its author, Assemblymember David Chiu (D-San Francisco), has said the legislation is only designed to prevent the steepest rent hikes as California wrestles w
Post a Comment
Read more

It's becoming even more of a seller's market

September 25, 2019
In August, the nation’s home-sale prices rose 2.7% from 2018 levels, coming in at a median of $312,200, according to a report from  Redfin . August’s growth, which is modest at best, is right on trend as America’s home prices have been growing between 1% and 3% year over year since September 2018, according to the company. “Although home-price gains remained relatively modest in August,  supply and demand  are now heading back toward sellers' favor," Redfin Chief Economist Daryl Fairweather said. " Home sales are accelerating  as buyers eat into a diminishing number of homes for sale.” While these trends are to be expected given that  mortgage rates  have been declining since late last year,  global economic uncertainty  and talk of a looming recession in the U.S. are staving off many aspects of hot seller's market, Fairweather said. According to Redfin’s report, home sales spiked 10.8% from last year, marking the largest annual increase since 2018. However
Post a Comment
Read more 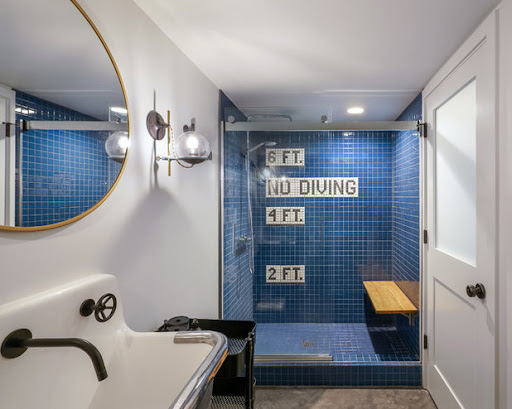 Mortgage rates at 18%? That’s what we got the last time a president strong-armed the Fed

September 24, 2019
When the  National Bureau of Economic Research  speaks on a disputed economic issue, it’s a bit like squabbling siblings getting a ruling from a parent. NBER is widely accepted as the arbiter of economic cycles, setting the start and end dates of recessions and expansions. Now, NBER has weighed in on one of the most chilling questions to arise in decades on the usually dry topic of monetary policy: If a U.S. president tries to influence the most powerful central bank on the planet with public name-calling and derision, can it work? The answer, according to NBER, is yes. President Donald Trump’s Twitter attacks on the  Federal Reserve  and the man who leads it already have knocked a combined 10 basis points off the expected Fed funds futures contract, the equivalent to about 0.30 basis points per Tweet, NBER said.     “We provide evidence that market participants believe that the Fed will succumb to the political pressure from the President, which poses a significant threat to
Post a Comment
Read more

Here are the nation’s top real estate markets for 2020

September 20, 2019
In August, America’s home sales slid 1.6%, marking the sixth month of 2019 that produced fewer sales than the previous year, according to the  RE/MAX  National Housing Report. RE/MAX reports buyer demand outpaced homes listed for sale in August, causing the largest inventory decline in 13 months. Overall, the number of homes for sale fell 5.5% from 2018's level and 1.5% from the previous month. The  modest inventory growth  that started last fall has been swallowed up by  demand  as buyers have returned to the market, likely spurred on by  attractive interest rates , RE/MAX CEO Adam Contos said. “Home sales dipping at the same time inventory falls suggests there may have been some reluctance on the part of sellers to list their homes,” Contos said. “Nevertheless, demand is again ahead of supply, extending the favorable seller’s market that has been in place for several years.” According to RE/MAX, August posted a 2.8-month supply of inventory, falling from 2.9-month supp
Post a Comment
Read more

September 19, 2019
Thanks in large part to  continually rising prices , investors are making smaller profit margins on home flips than they have in eight years. According to  ATTOM Data Solutions ’ Q2 2019 U.S. Home Flipping Report, 59,876 single family homes were flipped in Q2 2019. This is up 12.4% from the previous quarter but down 5.2% from last year.  But despite home flipping rising in the second quarter, investors' return on their investment is falling. According to the report, homes flipped in Q2 2019 typically generated a gross profit of $62,700 (the difference between the median sale price and median paid by investors), up 2% from the previous quarter, but down 2% from a year ago. ATTOM notes that the the typical gross flipping profit of $62,700 in Q2 2019 equaled a 39.9% return on investment compared to the original acquisition price, down from a 40.9% gross flipping ROI in Q1 2019 and from 44.4% in Q2 2018. According to ATTOM, returns on home flips have fallen six quarters in
Post a Comment
Read more

How to Conquer Kitchen Counter Clutter 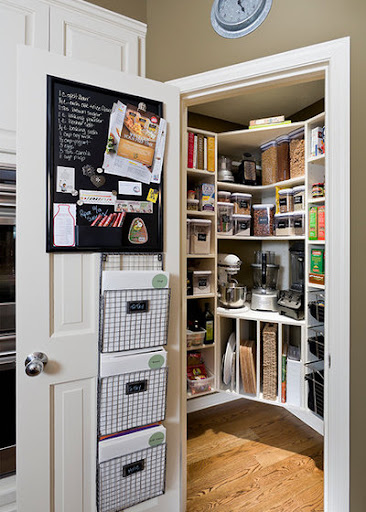 1. When the Kitchen Is Also Your Entry Carve out a command station.  If your kitchen also acts as the most-used entry to your home, your counter likely holds detritus we come in the door with, like car keys and shopping bags. Nip this problem by installing command station essentials by the door. This can be as simple as a few wall hooks and a whiteboard, or as involved as having a custom cubby system designed and installed to fit the space perfectly. Sicora Design/Build Trick out the pantry.  No room by the entry? Try outfitting the pantry door instead. In the space shown here, a magnetic chalkboard keeps shopping lists, notes and coupons handy, while a door-mounted paper sorter handles incoming and outgoing mail. Lisa Lev Design Repurpose pretty bowls.  There’s no need to buy new containers for organizing when you probably have what you need hidden away in your cupboards. Set a few small, pretty bowls on the counter to use for keys, pocket change and a
Post a Comment
Read more
More posts